Stories from the Field... Joe Ramirez of Mission Focused Sounds Off... 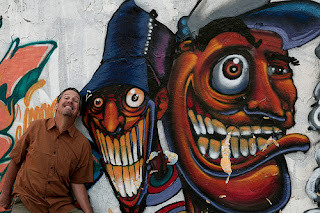 
Occasionally I get a chance to write for someone else's blog, magazine, or online journal. My good friend Joe Ramirez of Mission Focused, who has served alongside me in Oaxaca for years saw something that caught his eye.

And it is more than my ugly mug from the picture above.
I was touched by what he had to say about ministry, short-term mission, and trying to follow Jesus. I think you will be too!

Angelina, Louis, and Dave... Some Thoughts on Short-Term Mission

I’m new to the whole Short Term Missions (STM’s) thang…and much of what I’ve learned has been with Dave Miller and Adventures in Life (AIL) in Oaxaca, Mexico.  A simple definition of short term missons: a group of volunteers coming for limited time period, anywhere from 1 week to 1 month, to “minister” and share the Good News of Christ.  For example it could be men doing construction work, a youth group leading Vacation Bible Schools in orphanages or folks doing street evangelism.
It’s been my pleasure to witness first hand the work AIL is doing in Oaxaca, as they work in partnership with local pastors and missionaries to help them reach the native Zapotec’s  with the Good News of Christ. 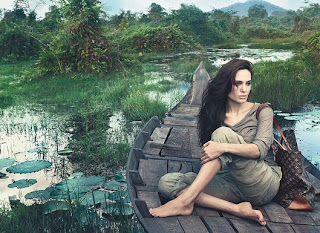 I was flipping through an old issue of Time magazine today when I came across this photo of Angelina Jolie, in Cambodia.  It was part of a full page ad for Louis Vuitton.  The tag line for the ad was “A single journey can change the course of a life.”
From a  photographic point of view, it’s a nice photograph.  Let’s be real!  Angelina Jolie plus an exotic locale…not hard to get a great photo.
I know that she represents the United Nations globally so it’s probably safe to say the image is not photo-shopped and I am sure she doesn’t roll with a $1500 tote while visiting third-world countries.
What does this have to do with missions…everything!
Dave shares stories from the missions field of good intentions gone wrong.  A big part of the problem stems from a viewpoint that the church in the United States knows best when it comes to “doing” missions cross-culturally.  From Dave’s experiences in Mexico he has seen short term missionaries from the states come into Mexico with big plans of evangelizing the “lost” for a week or two, only to leave and never return.  Leaving in their wake long term missionaries and the local church to clean up the mess that these short term folks left behind.
One of the things he sees frequently, and he tries to advise those coming on trips with him, is groups who come to work and minister that bring a change of clothes for every day they are there.  On the surface it might not seem like a big deal.  Work hard, get your clothes dirty and stinky, change into clean clothes…start all over again.  Often these short term folks are working alongside fellow Christians who live there and want to serve with them.  They will more often than not, where the same work clothes every day.  For some its because they have no choice, and others out of practicality…you have work clothes and you have non work clothes.
It is an issue of cultural sensitivity.  Like not bringing a $1500 Louis Vuitton tote on your missions trip…not that that has happened.  At least I hope not.  In my experiences, I have seen folks serving meals at the San Diego Rescue Mission in their $150 true religion jeans and $300 Burberry scarves.  I’m not judging them, it is just a question of choice.
I know I’m just scratching the surface here when it come to cultural sensitivity and short term missions, but i felt like I needed to share what out there and what I have see first hand.
Honestly, photographing in Oaxaca and Guatemala, in some areas where folks are truly in need, with some really expensive camera equipment, has made me pause and think.  It does get embarrassing to a certain extent when some of the local Christians I’m serving with ask me how much my cameras cost…knowing that my camera can feed a lot of folks or buy grain to feed the animals they raise for food. 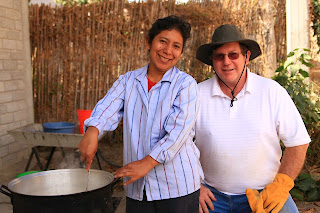 Pastor Norma & Brian Douglas
But this is why I shoot.  I am a short term missions photographer.  Wanting to show the world what’s going on in areas like Oaxaca and to publicize the work of local missionaries and pastors like Americo & Norma. 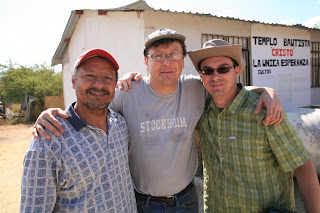