Judgement from God? Sorry Dr. Dobson, I think not... 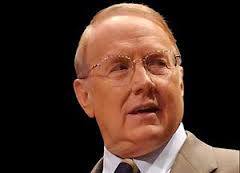 Accompanying all the publicity about the shootings in Newtown, CT recently have been the tragically cliche like responses of many on the religious right.

Almost immediately these closet theologians came out claiming the multiple deaths were evidence of God’s judgement.  Much like after Hurricanes Katrina and Sandy and the tsunami that hit Japan, Facebook and Gmail lit up with messages exhorting us to return to God or face countless death and destruction until we got the message.

Dr. James Dobson, long a hero of conservative evangelicals had this to say on a recent radio broadcast... “...a lot of these things are happening around us, and somebody is going to get mad at me for saying what I am about to say right now, but I am going to give you my honest opinion: I think we have turned our back on the Scripture and on God Almighty and I think he has allowed judgment to fall upon us. I think that's what's going on."

Often when pastors and leaders make an attempt to explain the mind and actions of God, they look to passages like this one found in Jeremiah 22...

Why has the Lord done such a thing to this [us]? And the answer will be “Because [you] have forsaken the covenant of the Lord [your] God and have worshiped and served other gods.”

Let’s not mince words here.  Clearly we can see in the teachings of the prophets a distinct warning from God that, in essence, He will not be mocked.  He wants His people to be holy and set apart for His purposes.

In this understanding of scripture, Dobson, and others like him over the years, men like Jerry Falwell, Pat Robertson and more recently Mike Huckabee have been correct in calling America to a faith rooted in a solid belief in God Almighty.

However it is precisely at that point where many in the evangelical community are now parting with a view that God is bringing these calamities, both natural and man made, onto us because of a lack of faith and/or trust in God.

The problem isn’t a lack of faith and trust in God.  The problem for the Dobson/Huckabee crowd is the fact that evangelicals have moved on.

We are just not that into a faith where those on the inside determine, through some sort of external observation, who is and who isn’t Godly enough.

A few years back the son of a very dear friend of mine in Mexico was riding in the back of a pickup truck.  While waiting at a stoplight in Guadalajara, they were rear ended, resulting in near total paralysis from the neck down for a previously young healthy 16 year old boy.

I will never forget walking with the father after that accident.  He grabbed my arm to ask me a question.  Hermano David, he asked with tears welling up in eyes, do you think my son is paralyzed because God is refusing to hear my prayers due to lack of faith on my part?

This man, one of my heroes of faith for his constant trust in God through the most trying of circumstances was questioning his faith.  Why?  Because a pastor had told him that God hears and answers the prayers of a faithful man.  Obviously, because he wasn’t getting the answer he desired, it was due to a lack of faith.

Just like an earthquake, a hurricane, a tsunami or even a mass shooting are due to a lack of faith and rejection of God.

Excuse me, but what a load of crap.

But let’s for a moment, take this theological belief seriously.

What should be our response?  What would be the return to God that the prophets, men like Jeremiah, Amos, Zechariah and Isaiah, envision?

Jeremiah, like the other prophets, in that same passage where he admonishes us for turning our back on God, calls us to defend the cause of the poor and needy... that, he says is what it means to know God.  That he says, is the Good News!

That is the response we are called to live... a response of justice, love and mercy, to the least of these.  We are called to live the Good News, serving, rather than condemning others.  It is a call expressed over and over again in the prophetic literature of the Old Testament and affirmed by Jesus in the New Testament.

Yet for some reason the response I frequently hear regarding returning to God from many on the religious right is to demonize gays, self deport immigrants without papers and cut welfare payments like SNAP and WIC.  I never hear them trumpeting God’s call to stand on the side of the poor or the least of these, proclaiming justice, mercy and peace.

I have no problem saying America and everyone else on the planet should turn to God, just as James Dobson and all the others have expressed.

I just have a problem that the way they seem to want that faith lived out bears little or no  resemblance to how the prophets and Jesus have called us to live.

Brilliant article, Dave. I am unable to speak to this subject as eloquently as you do, so I will direct my two daughters here. Both serve needy kids on a daily basis.

Sending my own children to be influenced by a specific man or woman is one of the highest compliments a parent can show someone.

Feliz Año Nuevo to you and your wife/family!

Will "take no prisoners" Hart said...

These people live to judge and I doubt quite seriously if any of them could survive a similar scrutiny. Jimmy Swaggart, anyone?