Missional Living... is it time to cut the ties that bind? 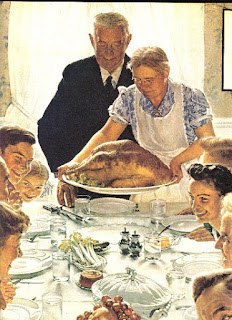 The house looked like any other pastor’s house you’ve been in.

Neat, clean and comfortable.  Lots of books on the shelves, a computer desk; blender and coffee grinder in the kitchen.

Underneath the television was a pile of Disney videos, an X-Box and a bible or two.

It was as if you were looking at some sort of Norman Rockwell painting of vintage pastoral Americana.

Except this house was not in America.  It was in Mexico, Romania, China, and Russia.  It was in Kenya, Brazil, Japan, and France.  And that is the problem.

US Missionaries living outside our country are increasingly choosing to live apart from the local communities whom they are called to serve.

Out of fear for their safety, both real and imagined, many missionaries who call on others to rely on God and preach a message of God’s provision are living as huddled masses cut off from the reality of the local life and people they are called to serve.

Last year I was speaking at a small bible college in Montana and during lunch one of the students decided to share her dreams with me.  Recently married, she told me she and her new husband were going to Latin American to be missionaries.

When I asked her where, she said their plans were still not final, but that where ever it was, a major airport had to be close by.  I asked her why and she shared that she had diabetes and in case she had an emergency, she wanted to be able to get back to the US quickly for good medical care.

She was not happy when I suggested she stay home because we do not need more missionaries in foreign lands inexplicably tethered to the US.

Contrast this example with a story shared with me recently about an American missionary serving in Turkey.  He has a serious illness and has decided to stay in Turkey and get treatment.  Will he survive?  Not unless God intervenes and changes the trajectory of his illness.

Yet this missionary, along with his wife and kids have made the decision that there is more to be gained for the Kingdom by staying put in Turkey during the illness and after he dies.  He will even be buried there and his wife will carry on the ministry they built, staying connected to the community they have served.

Which family will have the greater Christian witness over the long term?  The family that gets on the plane back to the US when something difficult crops up, or the family that is so vested in their new country and incarnational living that they cannot conceive of leaving their ministry, friends and the country to where God sent them, even in the face of tragedy?

Jeremy Parks of the Southern Baptist Convention in his excellent blog on this very subject calls it “Living Where You Live” and even connects it to ministry here in the US.

The bottom line is this.  Missionary effectiveness is compromised when those we serve can sense that our hearts reside not with them, but to our home countries and communities.  Effective long term cross cultural ministry cannot happen when we are inextricably bound to our home cultures and lands.

Sadly these tethers often lead to more harm than good.