On Race, and the Differences in Life... 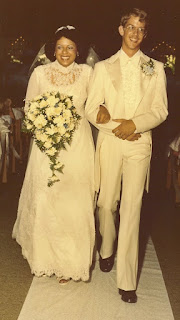 “Dave” he said, “you’ve just lived life differently than most of us here.”

That statement, by one of the guys who has been part of our Men’s Ministry in Oaxaca, has stayed with me since the day I heard it.

Raised as a middle class kid in suburban Southern California by blue collar working parents, my life changed the day my mom and I walked to the church around the corner from our home. That’s the place where I came to know Jesus, work my first real job, receive my call to ministry and meet my future wife.

It’s also the only house of worship I’ve ever been to that resembled the words in Revelation. The ones that speak of people from “every tongue, tribe and nation” worshiping God. That’s because in that neighborhood church, where on a regular Sunday we held four services because the place was packed, we counted among our membership Mexican, Chinese, Japanese and African American people among others.

The different life that my friend recognized started infecting me at a young age.

And so while on some level I knew that when I married Chelle way back in 1979 things were gonna be different, nothing really prepared me for reality. Let me share a little on that…

I found out it was going to be different when Chelle’s grandmother said I was of the “other persuasion.”

I found out it was going to be different when my mom’s dad, my grandfather, said I was marrying a “negress.”

I learned it was going to be different when my dad’s parents, my other grandparents and leaders in their church, disowned me for marrying a black person. And I never heard from them again.

I learned it was different when as young kids on our honeymoon, Chelle and I stepped into a barbecue house in Central California and the place went dead silent. We took our food to go.

I experienced that difference when as I was renting our first apartment in Las Vegas before we were married, the rental manager told me that the blacks lived in the back area, but my place would be upfront. I almost rented the place just to make a mess of his racist policy.

There was also the time Chelle was accused of stealing our child, because he’s light skinned. And the time I was thankful for that light skin of his when he and I were stopped by sheriffs in Alabama. Because as Joseph later learned, we were in a no go area for black people.

Chelle’s brother is an attorney for the US Government. We were fortunate to have his card with us on the night of Joseph’s graduation from Auburn University. Because that night of celebration, in spite of our having made a reservation weeks in advance, the front desk continually ignored us and seated others, leaving us standing… waiting.

It took her brother’s business card, the one that said US Justice Department Division of Civil Rights, to get us our table.

I was even once on staff at a church in California when the pastor rented a house from one of church members and had to sign an agreement to never allow a black person inside. The landlord, a longtime member of that church, evicted him when he and his wife adopted their special needs black son.

I do live my life with people different from me!

And I am eternally grateful to God for that. But sometimes, like right now, it’s hard. The other night as I was sitting outside Costco with a steamship full of supplies waiting for my wife to bring the car around, I fell apart.

There I was with tears streaming down my face, overcome by the reality of a guilty verdict in the Derek Chauvin case. All of those experiences I shared above, and more came flooding back to me. Experiences that no one should ever have to endure.

And then it got worse, because I knew that absent a nine minute recording of a man’s life being ended, few would have believed what had happened. Just like when I share my experiences, people ask me if I’m sure I’m not misinterpreting something. Or making it up.

In the US, it seems like we are sitting on a knife’s edge. I don’t know how we get past this place but I do know this… unless we stop, listen and believe the stories of those different from us, and live life differently from those who aren’t following Jesus, we’re never going to see that…

“great multitude that no one could count, from every tongue, tribe and language, standing before the throne and before the Lamb… worshipping God.”

And I think that would break God’s heart.

Read More... from the "other persuasion."

Color of Compromise, by Jemar Tisby. Well researched and difficult to read if you are an evangelical. But invaluable if you want to understand a lot of the issues facing America and the evangelical world as it relates to reconciliation.

Tears We Cannot Stop, by Michael Eric Dyson. Dyson is a father, professor and pastor. This book, which he calls A Sermon to White America reads quickly, despite it's difficult title.

Light for the World to See, by Kwame Alexander. Poetry on the issue of race, and hope in America... in 1000 words. You'll be challenged to stop, think and reflect deeply. Follow this link to the whys behind this book and hear Alexander read part of it.

Wow, Dave. That was powerful. Thanks for sharing. In my 44 plus years of teaching most "other persuasion", interactions were very positive, but always an undercurrent of deep concern. So sad.

Thanks so much Doug... hope you are well.