Broken Windows, Kmart and the Church... does the small stuff matter to anyone? 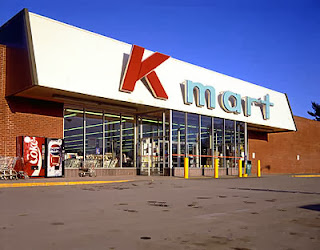 I went to Kmart recently because I needed to pick up something and I knew, since it was early morning, that I could get it done quick.  Walking up to the doors, I wondered if I was there too early because they were not opening.  I was standing there like a fool waiting for them to slide open when it hit me.  This Kmart, and I’m guessing many like it, do not have automatic doors.

Kmart was a pretty popular shopping option in the 60’s and 70’s.  My dad loved the place because they had a little of everything and the prices were good.  I bought many a Christmas gift from them over the years, including more than a few fishing lures.

Kmart became passe and started having serious financial problems.  It was as if with the introduction of Target and the growth of Walmart, there was no need for Kmart.  I wonder though, if it was something else.  Maybe Kmart forgot about the small stuff.

Bill Bratton who was recently rehired to be the Commissioner of Police for New York City calls it the “broken windows theory.”  This theory, developed by James Wilson and George Kelling, and which Bratton used to knock down crime in NYC says that you need to address stuff like broken windows on abandoned buildings and crummy sidewalks as soon as you can, otherwise they “advertise” that the area is open to crime.  In a nutshell, if a neglected area continues to be neglected, serious crime and problems will follow.

I think what Bratton understood was that the small stuff matters.

We can neglect the seemingly small things, but if we do, perhaps, like Kmart, we are in danger of some serious issues coming forward.

Recently I was in a church and someone brought a box of candy to share with the congregation.  It was a great gesture and I’m sure not many people thought much about it, but it struck me.  I think because the candy was my grandfathers favorite candy.  It was tasty and wonderful, but it was candy from another generation.  Actually, it was candy from a few generations ago.  Again, it was my grandfather’s favorite candy! 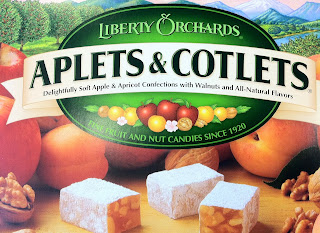 I bring this up because I think church and churches are in danger of becoming like Kmart, passe.  Sadly, I believe we are part of the problem.

For a variety of reasons, many in the church refuse to acknowledge that society is changing daily and with it, people’s felt needs for things physical, emotional and spiritual.  Much like Kmart and abandoned buildings, our churches are becoming monuments of manual open doors, broken windows and dated candies.  Worse, we wear this reality as a badge of honor, longing nostalgically for the old days when we believed life was simpler and you didn’t have to worry about this stuff.

Unless and until we adopt a Bill Bratton attitude that says the small stuff matters, the church is going to struggle to attract new blood.  Oh, we’ll still get the underchurched, an invented word used to describe those people that have sort of an inherited history with us, but the secularists or the non believers?  Those folks will move on, in a sense to do their shopping at gleaming new Targets with automatic open doors and places like Amazon where you get what you want in seconds without having to deal with nostalgia or dated candies.

There are no broken windows in their world.  Why do we tolerate them in ours?