Holy Saturday... living in the tension between Jesus death on the cross and his resurrection on Sunday morning

In his book "The Orthodox Heretic: and other impossible tales"  Peter Rollins imagines a story of a group of early followers of Jesus. 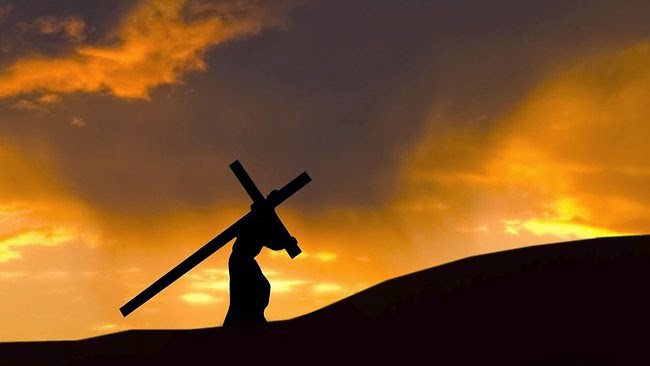 Living alongside Jesus, they followed him, learned from him and were trying to order their lives so as to give witness to what they saw in Jesus everyday.

And then something happened that changed everything.

Jesus was apprehended by the authorities and put on trial. Being found guilty, he was sentenced to death on a cross, where he died.

After Jesus was buried, this little group of followers left the area to try and live out the ideals of Jesus as they had learned from him when he was alive. His death did nothing to change their love for him, or their desire to follow him and his teachings.

Their little community lived in relative peace for over 100 years. Until one day a Christian missionary from Jerusalem found them. As this missionary and some of the leaders of this community were talking, the missionary quickly learned that this community had no idea that while Jesus had died on that cross, he had also risen from the grave.

That evening there was a huge party as the group celebrated that Jesus has won the epic battle against death, and because of that, they would experience life in eternity with him. As the party was going on, the missionary noticed one of the leaders was missing. He soon found him in his tent, on his knees praying, with tears streaming down his face.

He sat with him awhile and finally asked the leader why he was crying. Didn't he understand the importance of Jesus resurrection? What was the matter?

The leader looked at the missionary with his swollen eyes and then he spoke. "For 100 years, my people have followed Jesus unconditionally. We have tried to live as we believe Jesus called us to live, simply because we believed that was his will."

"Now" he said, "I fear my people will live instead for the resurrection."

Rollins brings us to Holy Saturday, the day between Jesus death on Friday and resurrection on what we celebrate as Easter Sunday. How he asks, might our faith be different if all we knew was Jesus life and his death? What would life look like if we lived it on Saturday, instead of in the light of Sunday.

In essence, he is asking the most pressing of questions. If there was no resurrection, would we even follow Jesus? Would living a life totally devoted to Jesus and his teachings be null and void if the resurrection never happened?

We are forced to look deeply at the motivations for faith, and our decisions to follow Jesus. Do we follow Jesus because what he called us to do was right on Holy Saturday when he was dead in the tomb? Or, did it only become right with the resurrection, on Sunday?

I hate questions like this, because they call into question my motivations for following Jesus. If I am being honest, these are the type of questions I wrestle with everyday. Ask my wife! She will frequently ask me what I am thinking, and out of fear, I'll say "nothing really" because the questions, and the answers scare me.

This week as we enter Holy Week, many of us will attend one or more remembrances of the last few days of Jesus' life here on earth. Maybe it will be a Maundy Thursday service that looks back at the Last Supper. Perhaps some will take time Friday to remember the crucifixion. Almost all of us will be celebrate his resurrection on Sunday, and then perhaps we will break bread together, at either a potluck, or with friends at a local restaurant.

But what about Saturday? Do we follow Jesus because he called us? Because he was the son of God, not just in the resurrection, but in his death as well? Or, do we follow him because, as the leader in Rollins' story feared, we want want eternal life? Are we into God and Christianity because of what we can get?

Tough questions during the holiest of weeks for believers. Tougher still when we stop and consider how and what we, as missionaries for Jesus, communicate to others about the central truths and reasons for our faith.
Posted by Dave Miller at 11:10 AM