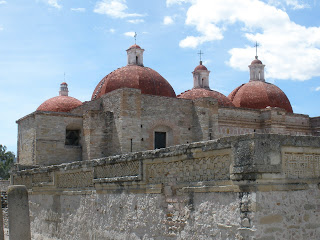 I was in the 450 year old Cathedral of Guadalajara a number of years ago when one of the people on a short-term mission I was leading asked me a question.
Looking at the hand carved confessionals and artwork that had been there hundreds of years, he wanted to know why we were wasting our time looking at that stuff when we could be outside “saving souls.”
I have thought a lot about that statement in my work in Mexico with Adventures in Life Ministry.
Most Christians would agree that the reason for mission is to help people know Jesus.

However, few seem to agree that even a rudimentary understanding of the local culture is an important part of a successful mission.
There is a sense that time spent learning about the culture, history, and beliefs of the people you are serving is time wasted, because it takes away from the whatever is the central task of your mission.
Whether it is outreach, construction, or even medical work, many short-term missionaries, out of great motives, are reluctant to spend part of their in country time to experience the life of those they are serving.
With a majority of short-term mission pre-field training focusng on logistics, health, food and bathroom issues, people leaving our shores to serve are getting on planes woefully unprepared to really understand the complexity of life abroad.

Even taking the approach suggested by long time missionary to Honduras, Kurt Ver Beek, of using the first day or two after a team arrives to orient and expose them to the culture becomes a challenge to US based teams dreaming of high production and instant results from their mission work.  They want to get started on the “real” work.
This attitude of choosing to ignore the culture where we serve in favor of “the more important” work is one of the major shortcomings of short-term mission.  With limited time, participants want to be as productive as possible, but at what expense? 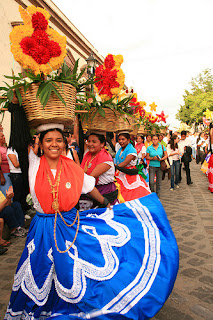 My Co-founder of Adventures in Life Ministry, Grady Martine was a long time worker with Young Life.  He always spoke of “earning the right to be heard.”  This was the idea that when you invest personally with people where they live, he would say you earn the right to have that important Gospel conversation.
It is too bad that for much of short-term mission, we see that value as only being useful in the United States, choosing to ignore its important ramifications when we leave our shores.
Successful cross-cultural mission, with long term lasting transformation only happens, when we truly understand the people whom we are called to serve.   Because as we get to know the people and their heart culture, we gain the respect and cultural insight necessary to take part in God’s work of “saving souls.”
The Apostle Paul inherently understood this.  The only way he could become all things to all people was to understand who they were and what they were about.  And he did it all for the sake of the Gospel.
For us, it is a lesson we must learn and practice if we are to truly realize the promise of cross cultural mission, both long and short-term.

“Though I am free and belong to no man, I make myself a slave to everyone to win as many as possible. To the Jews I became a Jew to win the Jews.  To those under the law, I became like one under the law.... I have become all things to all men so that by all possible means, I might save some...”
1 Corinthians 9:19-23

MISSION Focused and the Power of Photography... 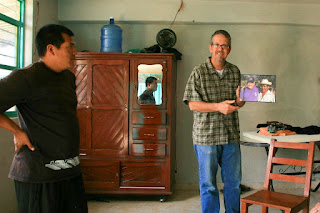 Every once in a while, I get asked if short-term ministry makes any real difference in the lives of those we serve.
The answer usually is that it depends.
Certainly it can if you are part of a team that brings some significant improvement to a family, church, or area.
But those are the big obvious examples.
Far more times we are never going to see how our work impacts those in other countries when we go to serve.
Today however was different. 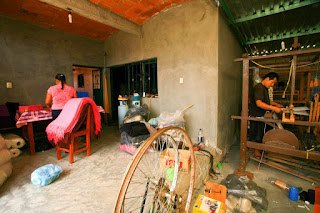 I was next door to a church we helped build in San Baltazar, Oaxaca, talking to the Jaime and his family as they were working in their trade, making shawls.  When it was time to leave, Jaime’s wife Marta invited me into the house to talk and have a cup of avena.
As I walked in the door, I saw it.  A picture I have seen a million times on my computer.  It is one I have used on the Adventures in Life Ministry web site.  It was a picture of my friend Doug and the new friend he made in Oaxaca, Julian, Jaime’s dad.
Everyone in the family remembered Doug and the day that photo was taken.  I listened as they shared about their dad helping us build the church next door and his work with us alongside Doug in Tlacolula.
One of the ministries we have partnered with is MISSION Focused.  When we are on mission in Mexico, Brother Joe Ramirez and his team come with us to take photos.
Now I’ll be honest, sometimes I wonder if we need to take a million photos of us working.  But we are not the only people Brother Joe and his team are photographing while they are in Mexico.
Every ministry site we are on in Oaxaca, anyone in the village can come and get photos of their families, kids, their home, or whatever.
For many, it may be the first color picture they have ever seen of themselves, or their families.  For most, it is the first tangible expression of God’s love they have ever received from the church. 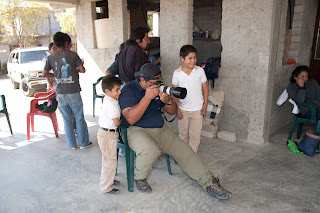 Today when we finished talking next door with Jaime and his wife Marta, they asked if we could come back later and take some photos of his new son.
It is amazing to see what something as seemingly simple as a photograph can mean to a person, or a family.
Every day people around the globe are serving in short-term mission taking pictures.  And every day, for the most part, those people will go home with their photos, forever missing a chance to leave a lasting impact with those whom they are serving.
It is good to know that when we leave this week, alongside the photo of Doug and Julian, there will also be photos of Jaime’s and Marta’s baby boy.
And it is even better to know that the ministry of MISSION Focused is helping Adventures in Life Ministry and churches in places like San Baltazar Guelavila and San Felipe Guila build bridges into their communities for Jesus through the power of photography.
Posted by Dave Miller at 9:21 PM 1 comments

Supporting the Mission... 5 easy ways to tell your missionary you are in their corner...

Here's a few quick ideas you can use to help support your favorite missionary as he or she serves around the globe.

1.  Everybody travels.  And a lot of folks travel to visit, or serve with missionaries in other countries.  Open a frequent flyer account, accrue your miles, and then transfer them to your missionary.  It will cost you nothing, but this can really be a Godsend to a missionary.

2. Give 'em a job.  That's right, give your missionary a job when they are in the US.  I was traveling with a friend last year and he shared that when his brother is home on leave, a Christian school hires him to help out around the campus and share about his missionary journeys.

Recently, a friend of mine hired me to work part-time at his factory.  Now I suck at factory work, but I am getting better, so it is working out.  And it is a win win situation.  He gets trusted part-time help when he needs it, and I get a little extra income, just like my friends brother.

3.  Make a missionary your missionary in residence at your church when they are home.  Maybe this is for only 1 or 2 months but believe me, everyone will be blessed.  Have them preach and teach, and then pay them.  A good salary for their time.  Yes, I know you'll have to budget this in, but imagine if you are a pastor and you know a trusted friend will be in the pulpit for you.  This could be the break in your annual schedule that will keep you fresh and allow you more time to connect personally with your congregation.

Plus you congregation gets a chance to hear in more detail about the mission they are supporting, rather than the usual 10 minutes we are accorded in most churches.

You want your church to support and love missions?  Show them how important missionaries are when they come home.

4.  Arrange a vacation for your missionary.  It does not have to be something extravagant and with time shares abound, maybe you can do this where your missionary is serving.

We get tired serving on the field and usually our time in the states is filled up looking for more support, so it is not very relaxing.  A chance to take a week on the beach, in the mountains, or just sitting by a pool with no responsibilities is a luxury few missionaries will ever have unless someone steps up to the plate.

5. Send a gift card.  Maybe there is a book we have needed or some music we could use, either personally or for our ministries.  A gift card from Apple or Amazon is something that could really benefit your missionary and their ministry.

I know some of you have heard me mention a few of these ideas before, but I do not want you to forget them.  And I don't want you to forget your missionaries.  While we are all on the front lines of ministry, oftentimes when you serve "over there" it is just a little bit more lonely and difficult.

Sometimes the personal support from home can be the biggest encouragement for us.
Posted by Dave Miller at 10:19 AM 1 comments