The Least of These... 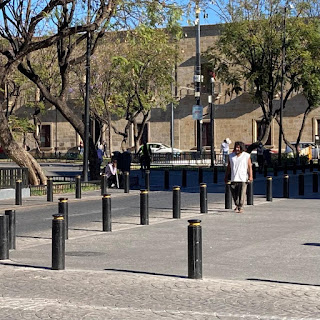 As I walked across the plaza in Guadalajara towards where I get my morning coffee, I saw him in the distance. Walking around, shirtless, in his bare feet.

We’ve all seen him before. Even you.

That guy. The guy who smells. Who just looks so… unkempt.

He’s the guy who sees you even before you realize he exists. The guy who when you get close, asks for money, help, or something else you aren’t prepared, or don’t want to offer.

For many of us, guys like that, and increasingly women too, are the least of these.

We see them all the time, as I did that morning. And if you’re like me, even before you get close you are thinking of a strategy… of avoidance.

When I saw that guy walking in my direction, I decided to not avoid him but simply to walk directly to where I was headed. As I did, our eyes met and we acknowledged each other. No conversation, no confrontation, no asking for money. Nothing, And in a few short strides I had completely forgotten him as I was drinking my hot latte and thinking about the day ahead of me.

Until I got in my Uber to head to Pastor Raul’s church.

That’s when I looked across the street and saw him again. On the edge of the plaza. Kneeling by the rose beds, pulling them close to his face and smelling them.

And then it hit me.

And just like me, he too was created in God’s image. With dignity. Worthy of our, or at least, my love.

I was pretty pleased with myself when I first avoided that guy. But now watching him tenderly pull a rose close and consider it, I was crushed by the reality of Jesus’ words…

My way of walking made sure I would not have to interact with him. Just like when I act like I have a phone call to avoid others like him as I leave department stores or markets during Christmas time back home. 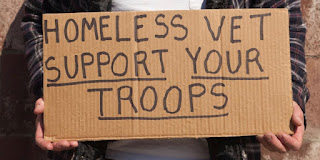 They stand on street corners with “Help a Veteran” signs.

Depending on where you live, they might be selling bags of oranges to passersby at corners as people wait for the green light.

Or they dot the city landscape with their shopping carts loaded with all of their worldly possessions.

The least of these.

But it’s easy to dismiss the least of these. Because for some reason, we’ve determined that they are not worthy of our time, our love, our touch, our hearts.

And in so doing, our dismissal becomes a rejection of not just the person who’s bothering us, but if we’re honest, his or her humanity too.

Lord, I serve my life on mission. I’ve sacrificed for you, left home, helped build your church and made sure people all across Mexico have an opportunity to hear about and experience your eternal life saving Gospel.

When have I ever treated you badly, neglected you or rejected you?

You did it that day, Dave, when you decided to ignore that man on the plaza.

That man you later saw considering the lilies of the field.

That man who is just like you Dave… I created him in my image too!