Thinking Outside the Box... A Different Portrait of Short-Term Ministry 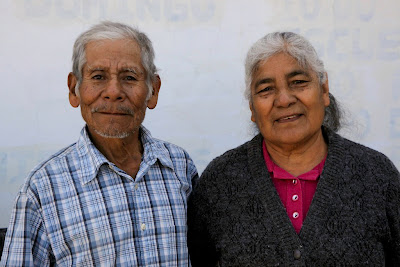 You have probably seen this before if you’ve ever been part of a short-term mission trip.

Some poor guy is hopelessly out of his element simply trying his darnedest to serve God and the people he is visiting. Yet the task he has been given is one that literally is designed to make him a failure.

And then in that failure, his leaders will offer up some verse from the bible, usually 2 Corinthians 12:9 where Paul says “My strength is made perfect in weakness.” The thought being that God has a chance to really work on us when we are in, and acknowledge our weaknesses.

But my question is this. As short-term mission leaders, are we really being good stewards of the resources that God has entrusted to us if we follow this line of logic?

Here’s what I mean.

You are a local church pastor trying to recruit a team for a short-term mission trip. Bill comes to you and says he would like to come. A local contractor, Bill has no language skills for where you are going to serve, and is not really a people person. However, since you know you need a certain number of people, you take him anyways, trusting that God will do something in his heart during the trip.

So Bill takes a week off work, gets on the plane with everyone else, and spends his week learning about God showing him strength in weakness.

While all of that may be good for Bill, perhaps the effectiveness of our short-term mission efforts would be enhanced if we, as leaders, thought a little more outside of the box.

I recently had a conversation with a doctor in Mexico who holds monthly medical clinics in some of the poorest areas of Oaxaca and Chiapas. Listening to him, I was challenged to move beyond the traditional ways of considering short-term mission.

Typically, as outsiders, we tend to focus on evangelism and construction as areas where we can make a difference. But as I listened to Dr. Alberto, I started to hear some affirmation of my own mission philosophy.

While not neglecting the incredible work God can do when people are stretched and forced to live in their weakness, he believes, and I agree, that even more can be done when people use their strengths on the mission field.

While I was in Oaxaca last month, some of the folks serving with me were photographers. Now I could have used those guys to dig ditches, move rock, pour concrete, or even participate in a small local outreach. But would that have been using the gifts and skills that God had given them?

Probably not, so I used them to take pictures. Of Oaxaca, of our work, of the people in the villages where we are working. I saw people cry when they were given some of the family photos Joe and his team photographers took during the week.

Did those guys shovel any cement? Nope. Did they share Jesus through the gifts that God had given them? Yes they did, and in that, their mission was successful.

Returning to Bill, let me pose a couple of questions.

1. Might Bill receive more out of his mission if there was a way that he could use the gifts and talents that God has given him for Kingdom good?

2. Would the field be better off if people were regularly put in situations where they could excel, rather than struggle?

3. What are some of the impediments that keep us as leaders from focusing on the specific gifts and talents of our short-term mission participants?

These will get you started thinking.

Next up I will be sharing more from my conversation with Dr. Alberto and his thoughts and ideas about effective ministry and American missionaries working in Mexico.

To see some of the photos that Joe and his group of photographers took with us in Oaxaca, look up their Facebook page, Mission Focused.

I have nothing to say Except I Agree with you. She Smiles. I Wonder if that's going to Surprise you. :)

You have some great postings and updates on this blog.

Without draging and drying this out too much I think you and lista have some good ideas and approaches.

Perhaps a couple leading questions to people who want to help and the goals of the mission could lead to new commitments and new approaches towards utilizing talents.

After all, photography is a great means of communication and promoting good works by good people, and perhaps a new recruit who has a passion for photography, or writing, or construction or design might discover a new way to focus their zeal for wanting to jumping in and helping.

Gracias, Dave for your clearly articulated insights into putting our giftings to good use for the Lord =0) I'm sending this link to my mom. Haha.

Thanks for the encouragement Lista and Doug...

Hey Dave,
I see that you are Getting more Comments now that you have Posted a Link to this Blog in the Last Post that you did on your Other Blog. I was Thinking about Placing a Link to this Blog on my Blog, yet the Only Reason that I didn't is Because I wasn't sure if you Really Wanted a Bunch of Political News Junkies Looking a your Blog that is about Ministry, not Politics.

Let me Know whether or not you Want the Link and I will do According to whatever you say.