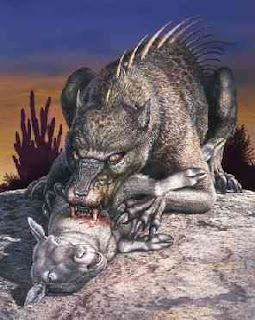 Yesterday I learned of a potentially grave consequence for mission work in my area of Latin America.
An organization with whom I am acquainted here in Oaxaca is in danger of being asked to leave the area.  It is an organization that is involved in some vitally important work in helping spread the Gospel in Southern Mexico and Central America.
What, you might ask has been their crime?  What is it that they may done to anger their national hosts and the leaders of the community where they serve?
They have chosen to work alone and not be involved with the larger community of people who live around their ministry base.  To put it another less charitable way, they have decided to not engage the community where they serve and have instead chosen to live a separate missionary life devoid of local contact.
It was not always this way.  There was a time when people in this community respected and felt connected to the larger work of this ministry.  The missionaries saw it as part of their ministry to engage and connect with the community in a variety of ways.
With the passing of time and a new generation of younger workers, that is no longer so.
Children of the missionaries no longer attend community schools, their parents deciding it is best to send them to the private English speaking school, which is miles away.  This was effectively the first step in breaking community with the very people they are serving.
Next was a gradual diminishment of personal involvement with the local Mexican church, choosing instead to worship together at their compound in English.  Now I know that these local churches are not the best, but perhaps those local missionaries could have been part of really helping and supporting the new emerging and struggling Christian community in Southern Mexico.
The people of the village, remembering the past when leaders of this ministry would be in homes and side by side locals in the market and at school meetings are feeling abandoned and neglected.
They are trying to figure what they must have done wrong to warrant such a pull back from a relationship that had transcended generations.


They are hurt.
Now the leaders of the village are saying that if the outsiders do not really want to be part of their community, why should they continue to let them live there.
Should anyone be surprised?

I believe when missionaries from another country go to live in a foreign land, for the sake of the Gospel, they should become part of the local community.
I do not favor missionary compounds and have learned over the years that locals tend to subtly resent missionaries who refuse to be part of their community.  That is one of the primary reasons my own ministry, Adventures in Life, has worked hard to stay connected to  communities in ways that can enable us to be seen as part of that community.  It is that connection that helps us to really understand the culture of the people we are striving to serve.
Let me give you an example.
A few years back, all across Mexico, people in rural areas were talking about the Chupacabra.  For the uninitiated, this legend is almost equivalent to the tales of the Loch Ness Monster.  The Chupacabra was a nasty beast that would kill your animals, and maybe even, your young kids.
I happened to be in a village at that time with an in-country missionary when a woman named Gloria mentioned her fear of the Chupacabra.  Because I was aware of this legend, she and I immediately had a bond that transcended our cultural barriers.  We were able to connect.
My missionary friend, who had served that area for almost 20 years had no idea what we were talking about or what this Chupacabra was.  He told me he never pays much attention to those types of things or the local goings on across Mexico, choosing instead to stay focused on his missionary work.
Hear me well on this... If your missionary work, be it in Mexico, Los Angeles, China, or your local Starbucks does not include understanding the local customs and culture of the people you are called to serve, you are going to fail!
This is what that mission organization here in Oaxaca has failed to understand and because of that, an entire ministry may soon lose its opportunity to continue some very important work.
There is evidence that at least some in the organization have gotten the message.  Over the last few weeks, leaders have started attending local services and asking the local church to pray that they are not forced out.
I wonder when they will begin asking for forgiveness and repent for rejecting the very people they have been called to serve.


Because if they don't, their ministry will soon look as if had been attacked by the notorious Chupacabra of Mexico.
Posted by Dave Miller at 12:23 PM