Is Short-Term Mission Bad Stewardship? Not a Chance... 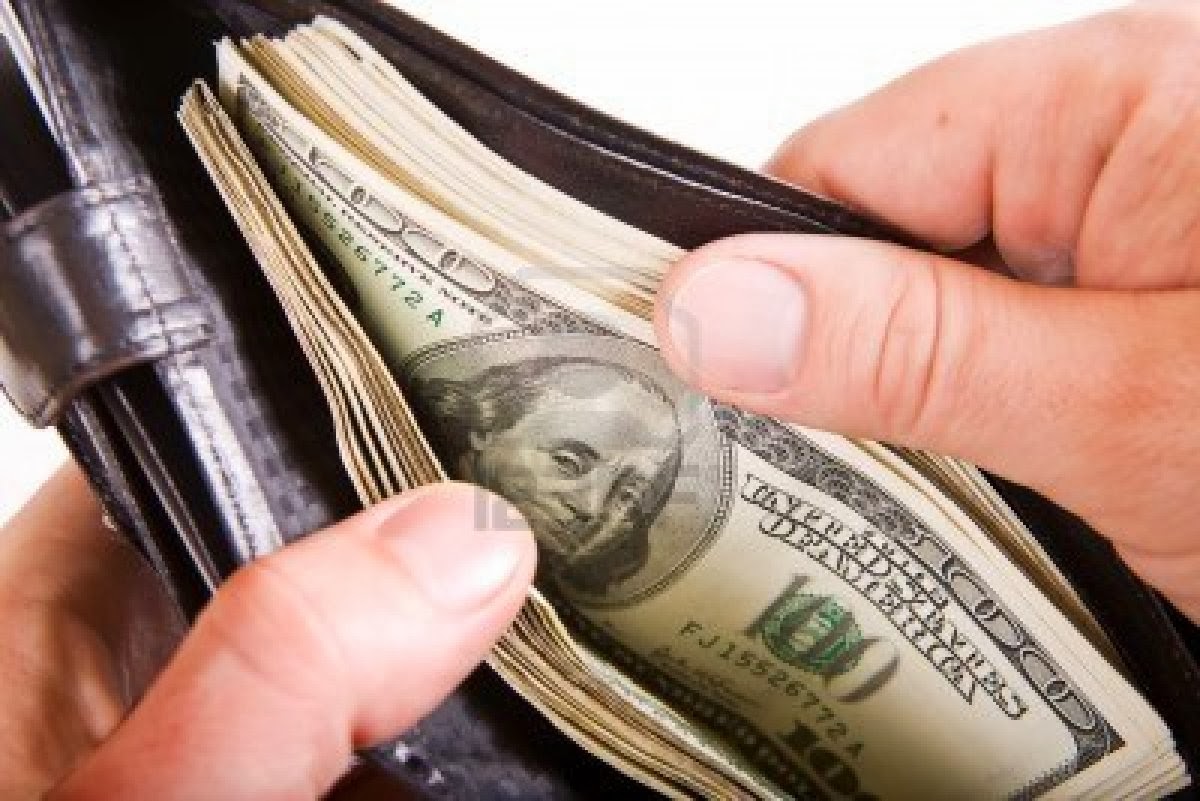 “Dave, don’t you think mission would be better off if we sent the money directly to ‘insert country name here’ rather than spend it all on transportation and inefficient workers?”

I have heard this question, or some variation of it every year since I started hosting short-term teams in Mexico and I was asked just the other day that very same question.

The theory is this...by directly funding nationals already serving in our “target” country, we could greatly enhance the impact of our dollars in the field.  Why, people ask, should we spend so much money on transportation, preparation, lodging, meals etc., when that money could go directly into the work of the Gospel.

It’s a great idea but one that ignores a set of field and everyday realities that critics of short-term mission have so far failed to address.

The first reality ignored is how much short-term mission impacts the life of the goer.  Now I know the focus of our mission, at least from the viewpoint of the Standards of Excellence in Short-term Mission is primarily on the beneficiary of our mission, and with that I am in 100% agreement.  But, let’s be honest.  Mission is a two way street and the simple fact is that short-term participants, like anyone else in the Kingdom, grow in their faith when they serve others in Jesus’ name.

Many people like to emphasize that participants in STM end up giving more money to mission during their lives.  Unfortunately, there is no data that conclusively supports this belief.  However, a singular focus on money misses the point.

Just as secular international travel changes people and gives them a greater awareness of the world, it cannot be denied that short-term mission travel and seeing the church “over there” wherever there is, increases awareness of God’s church among the nations.  It would be hard to credibly argue that this increased awareness does not impact the way the church prays for fellow believers around the world.

I would argue that this alone would be significant justification for continued short-term mission, but there is more.  Much more.

Noted missiologist Ralph Winter and the entire Perspectives Movement have built an argument for years that we need the whole church to take the Gospel to entire world. Inherent in this is a need for cross cultural workers in international missions.  There are just going to be times when the message, or ministry, must come from, or through outsiders.

While this is obvious if we are talking about a pioneering work, often times we can see the same need in an area or country where there is already a long established work.  This can be especially evident in areas where cultural or tribal jealousies and customs hinder fellowship and an ecumenical Gospel spirit.

Much of my work is focused in Oaxaca, located in Southern Mexico.  Oaxaca is the heart of the indigenous culture of Mexico, boasting almost 200 distinct languages and dialects.

In the villages where I work, there is frequently only one evangelical church and if it has more than about 30 adult believers, I’d almost call it a mega-church!  It is an area where if a guy falls in love with a girl from another village, the elders of both villages literally are asked to give permission for the marriage to take place. Marriages are still arranged and many people to this day, live their lives never leaving a small 10 kilometer radius around their home.

In short, the culture in these areas does not allow a lot of cross village fellowship, pollination or brotherhood.  In a practical sense here is what that means.  Christians from a church in one village don’t socialize with Christians from another village.  You just can’t go and attend a church service in another village without raising suspicion.

As a leader, you also will not typically get together with leaders from other churches for fear of offending leaders from another village.  Even if one of the local pastors calls the churches together for a unity service solely to worship Jesus, centuries old patterns of non-association work against the desired outcome.  Because of this inability to get past what for many are a set of unwritten cultural rules, the church is essentially prohibited from gathering the nations in celebration.

Unless there is an outsider.  Many times a person from outside the culture can accomplish things within a culture that those from the culture are simply unable to do.  If I am, as the resident gringo outsider, the driving force behind the service, then there is no problem for anyone who wants to attend.

Since the event is not being sponsored by a church, or pastor, in one village, but instead by an outsider, no one feels the pressures of their culture and no church feels compelled to reciprocate the invitation, something they may be financially unable to do.  With me, they know they can come, there will be no future time or money requirements, no village has been favored over another and we’re all good.

The same is true in the short-term world.  Outsiders have an ability to draw visitors around the church in a way the local congregation may never be able to do.  It’s just different having visitors at your church and if the local mission church is properly prepared, a short-term presence can be a real blessing and give the local church a chance to connect with people they might otherwise not be able to reach.

But let’s get to the crux of the matter for many here in the US that advance this argument.  Money, and by extension, stewardship of the resources God has given us for mission.  Let me be blunt to those who advance this argument as a reason to avoid short-term mission... you’re living in a non-existent utopia, and here’s why.

According to DELTA Ministries, a widely respected STM training and sending organization, the average cost to send 10 people overseas on short-term mission is $20,000.  This amount includes transportation, food, lodging, training, materials, and even offerings to leave with local leaders.

It is then this 20K that becomes the basis for discussion for the Utopians.  In their perfect world, without anyone ever getting on a plane and incurring a dollar of expense, the local sending church would just send the 20K to the field.

Accept that is never going to happen.  Because the church is never going to have that 20K to send and more than likely, without the short-term team going, would be unable to raise it.  I’ve interacted with many who have advanced this argument and in the end, everyone has admitted that without a team going, they would never be able to raise that kind of money to send directly to the field.

Now, as a field guy, I’d love to have that 20K for what we are trying to accomplish.  It will go a lot farther in reaching people for the Gospel in a developing country that it will here in the US.  But let’s be more realistic.  If a team comes and their total cost is that 20 grand, by the time all expenses are paid and the group hosted, there might be between $4000 and $6000 left over.

That means that after a church raises their money, travels to one of my sites, gets housed and fed, works all week, leaves offerings with the local church and pays all of their expenses, about 25% of their money remains for our ongoing Gospel work.

I’ll take it!  And, here’s why.  If that team had not come, the reality is that not only would we never see the 20 grand, we’d never see the 4 to 6 grand, and we need that money for our work. 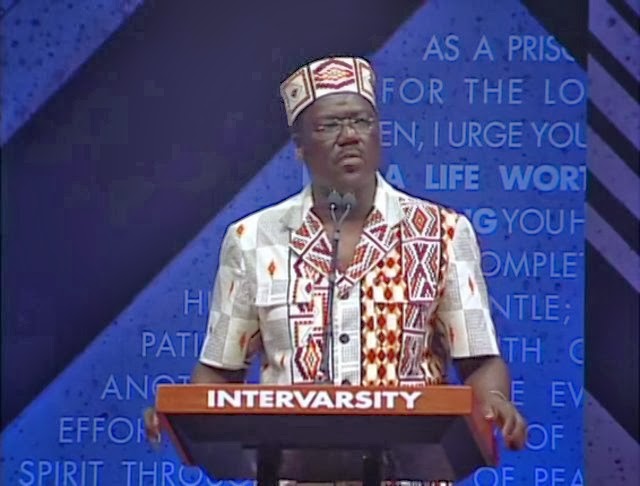 Additionally, the team, the sending church, and the church with whom they partnered “over there” would never get the benefit of what Nairobi Chapel Pastor Oscar Muriu, in his address to Urbana in 2006, calls the ministry of interdependence that Paul speaks of in 1 Corinthians 12.  How do we put a dollar value on the ministry of encouragement to the entire body of Christ that comes through short-term mission?

In today’s world, with all it hyper-connectedness, people are going to give their time, talents and treasures to projects, causes and missions to which they are personally connected.  How better to introduce people to your needs than through short-term mission where you can see the ministry face to face?

That brings me to what I believe is the strongest argument for a church to spend that $20,000 and send their team.  So they can do a better job of supporting the resident missionaries and leaders in the field after the short-term team returns.

It is my belief that the future of the North American church to fund and send long-term in country missionaries lies in the success of short-term mission.  I’ll develop this more at a later date, but unless the church finds a way to leverage the hundreds of thousands of short-term mission participants, and turn them and those that sent them, into supporters of long-term mission, Christian pioneering and mission work will suffer.

So, to answer the question raised by my friend and so many others, No!

Short-term mission, when used effectively in support of long-term work, is an essential part of God’s church, whether that church is located here in Las Vegas where I live, or half way around the world.  It is a sound investment in Kingdom ministry when done properly, just like any other expense of the church in taking the Gospel to the ends of the earth.
Posted by Dave Miller at 11:56 AM

Anonymous said...
This comment has been removed by a blog administrator.
9:17 AM