ISIS, and making Jesus accessible... is it possible? 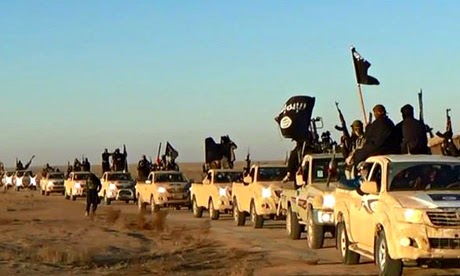 Sometimes the real world forces its way into our little enclaves.

Over the last few weeks we've been assaulted by the beheadings of two American journalists at the hands of an alphabet salad of terrorists in the Middle East. Be they ISIS, ISIL, The Islamic State, Levant, or whatever, let's face it... we're angry.

This week, our politicians are supposedly going to fashion a response. Maybe.

It is clear that few Democrats or the Republicans want to go on record with a vote on what to do about this just weeks before an election. Apparently, reelection is more important than a reasoned debate leading to a unified response.

But their weakness should not change how Christians should respond. Our response, as the family of God, should reflect the values our savior holds dear, not necessarily a response that will make us feel better, or even make us more secure in the world today.

For me, that is part of the tension of being a Christian in America, trying to balance my earthly security with my eternal destiny and how I believe Jesus wants me to live on a daily basis.

A friend sent this article, A Reasoned Response to ISIS, to me recently. It is from author Carl Medearis' blog, Making Jesus Accessible.

As a missions guy, the thought of making Jesus accessible is what it is about. I think daily about how our actions, as a church, as a mission, as everyday Christians, communicate to people what we believe and how we prioritize our lives.

I often wonder, as did the great French theologian Jacques Ellul in his book, Prayer and the Modern Man, that if prayer really can change the world, why go to war. Anyways, enough of my words... Please take a few moments and read what Medearis has to say, because in the next few days, our country will be responding in some way.

A Thoughtful Christian Response to ISIS

Obama admits to not having a strategy.  Duck Dynasty Godfather, Phil Robertson, wants to “Convert ‘em or Kill “em.”
So what is a thoughtful honest strategy for confronting a terrorist group like ISIS?


ISIS doesn’t need any more explanation. We know what it is – evil personified. They have morphed out of Al Qaeda who were ironically too liberal for their most radical Islamic interpretations, namely that there should be a new national Muslim identity – a Caliphate. They have chosen Iraq and al-Sham (the Levant) as the territory from which this new “state” will emerge.


ISIS has brutally killed 1000’s, mostly non-Sunnis, in this quest for power. Ethnic Christians and a small people-group called Yazidis have found themselves in evil’s path, but so have the armies of Syria (both the national army and the various rebel groups), Iraq and even Lebanon.  It seems anyone who isn’t willing to lay down their “flag” and join the newly self-appointed ISIS Caliphate is deemed a traitor and deserves to die.  The execution of two American hostages by beheading has horrified the West and captured our daily imaginations – mostly how we can “demoralize and destroy” to use our President’s words, this new evil encroaching on our freedoms and international interests.

Lisa said...
This comment has been removed by a blog administrator.
12:20 PM

Lisa, i answered your comment at Shaw's blog... she always posts comments as long as people are civil, not like some blogs where only posts that agree with the host are permitted.

This is Xavier Onassis from the comments on Jo Joe Politico. I'm done with Joe. He played into the hands of the ISIL terrorists by promulgating their propaganda. I don't have any problem with comment moderation, but he is editing the comments before posting them. I just can't tolerate him any more. He has lost his mind. I'm Joe Calton on Facebook. Feel free to send me a friend request if you would like to continue our conversation without Jo Joe.

My Christian love-the-neighbor, anti death penalty, etc views are truly tested by ISIS, as it makes me feel wratheful, vengeful, without love.

I see Robertson has fully given into such a temptation of view.