The Great Commission and the Role of Short Term Mission 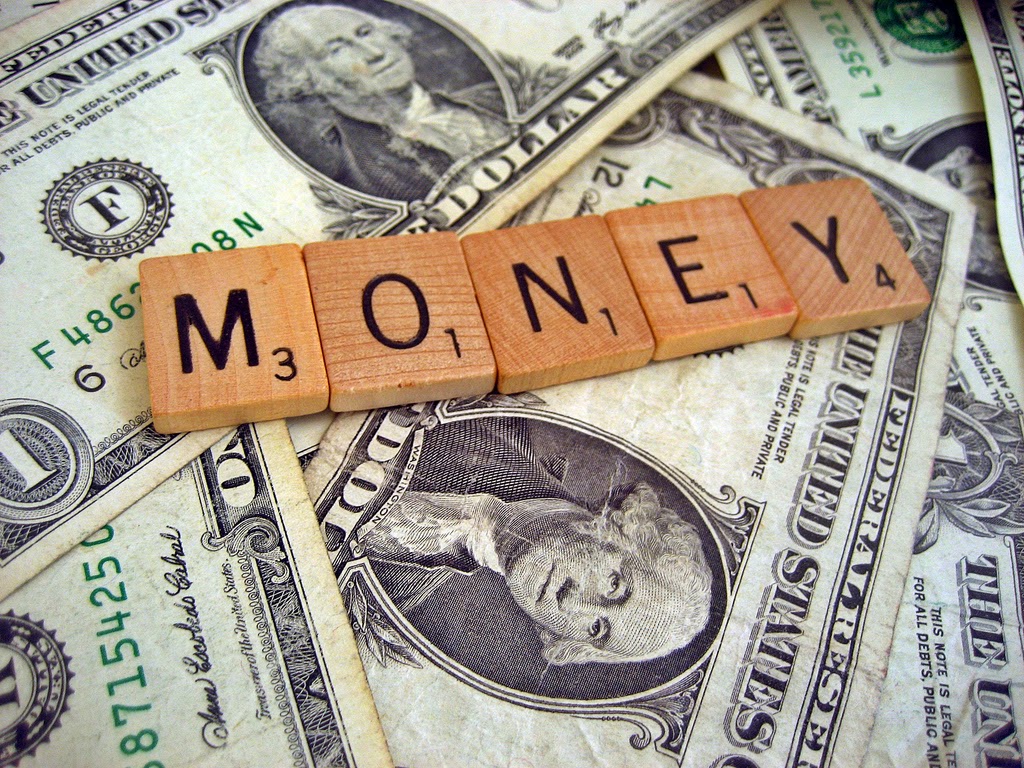 No area of funding Great Commission work is as fraught with peril as when we talk about short-term leadership and host receivers, or long-term missionaries. But before we begin, it is necessary to define the terms so we are all on the same page.

When I use the term Host-Receiver, originally coined by Roger Peterson and Wayne Sneed in their book, “Maximum Impact Short-Term Mission", I am talking about those cross cultural missionaries living in other countries who serve as hosts and receive short-term teams. Typically you know them as long-term missionaries.

Short-term mission [STM] leadership on the other hand are pastors and professionals whose job it is to facilitate effective short-term work around the globe.  In my position as Executive Director of Adventures in Life Ministry, not only do I handle the day to day operation of AIL Ministry, I also spend significant time in the field each year.

Others, at organizations like DELTA Ministries in Vancouver, WA, where my friend Brian Heerwagen works, spend significant time recruiting, training and preparing short-term teams and individuals for their various types of mission work around the globe.

All of these positions need to filled with quality people who are following God’s call on their lives if we are to have consistently effective cross cultural missions work. I believe that anyone who fills these valuable positions, just like a pastor at a local church, deserves a fair salary.

Many of us on the field, and yes I include myself in that group, would serve for free. Few of us see what we do as a job, because deep down inside, we believe God has called and specially equipped us to be where we are. We cannot stop what we do anymore than a pastor can just walk away from the pulpit.

But that presents us with some problems as it relates to funding. Let me give you an example.

When a team serves with them, they are not allowed to ask that team for additional financial resources beyond what the denomination has predetermined are reasonable expenses.  They are expected to work longer hours, because they must also maintain their current ministries, provide additional materials and do it all, to use a business term, essentially at cost. 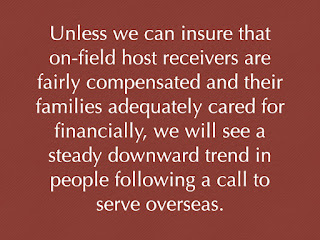 Sadly, their case is not the exception to the rule.  I have heard numerous stories of missionaries having to work double time facilitating groups with no extra financial compensation. How many people working in the states would gladly work double shifts for a week with no overtime pay? Yet that is exactly what missionaries are expected to do everyday in the field when STM teams arrive.

Even if those field missionaries are short on raising their financial support, often they are not allowed by their denominations or organizations to appeal directly to the teams the “home office” sends for additional financial support.

Long-term missionaries are expected to raise enough money not only to cover their salary and benefits, but their ministry as well and a chunk of change for the office back home.  All without asking the very people serving alongside them for additional help!

As someone who has to raise every dime my ministry spends, I can tell you this is no small feat for people who live a significant portion of their lives in another culture.

We need to change this equation now.

In my opinion, failure to do so now, and to recognize the financial reality of cross cultural Great Commission work will have a long lasting negative effect not just on our current work around the globe. We can expect a greater difficulty in recruiting and keeping future generations of long term missionaries deployed on the field.

First, we need to accept reality. Short-term mission is here to stay!  As much as many long-term missionaries might wish it away, that is not going to happen. So instead of complaining that STM siphons off valuable funds from effective long-term work, in country host receivers need to reframe their ministries.

Long-term missionaries need to look for ways short-term teams can empower the people they serve to accomplish their ministry goals. Almost every leader I encounter wants to be effective when they serve short-term. In fact, they are begging to know what to do. So let's tell them!  As they are beginning the process of planning their time with you, an effective host receiver needs be honest and let them know how they can support your ministry.

One pastor who has served repeatedly with me in Mexico never fails to check all of his ideas by asking me if what he wants to do will actually be beneficial to my ministry. It is his goal he says to make sure that his short-term teams are actually serving the goals of the long term people he is serving.

Now for some, this is going to be extremely difficult. Many long term missionaries have never thought of, or have never wanted to work alongside short-term teams.  But folks, if short-term mission is not going away, and it isn’t, wouldn’t it be a better strategy to figure out how to use this resource in a way that improves your ministry?

My ministry, Adventures in Life is currently working in Oaxaca, Mexico.  Our partners in this area had a desire years ago to provide Christian camp experience to kids from some of the poorest indigenous areas in the state. The hope was that by giving children an opportunity to have a great week in the presence of people living out a joyful faith in Jesus, they would begin to have a positive impression of Jesus and Christianity. This positive experience would then open doors for local pastors and leaders to sit and share the Gospel with families and adults in this vastly underreached area.

There was one problem.  There were no resources to make this happen, so the dream went unfulfilled. Until we came alongside these leaders, these potential host receivers, and helped make their ministry dream a reality.

Now we have regular teams from the US that come as support staff for this camp. They don’t teach at all, as we prefer that to be done by trusted local leadership. But they can wash dishes, sweep floors, clean dorms, play with and love kids. And they bring the financial resources necessary for a successful camping experience.

AIL Ministry had no plan for this. We never went to our partners and said we’ll do this for you. We simply asked what ministry dreams they had, and we tried to help make them happen, under their leadership.

If you are a long-term missionary serving in some far off land, don't you have long deferred projects that your ministry needs help with? What ministry dreams do you have that are sitting on a shelf because of a lack of resources, both people and financial? Think about this... hard. Because the answer contains the key to continuing to the funding of your ministry and that of future generations.

The second thing we must understand, and this relates directly to my friends in South America, is that cross cultural, ends of the earth ministry is expensive. Sadly, many church leaders, especially when they think about short-term mission, don’t like to hear that. So instead of really thinking about what they are doing, they want to design ministry on the cheap.

Apart from the travel required to get somewhere, there are a myriad of expenses related to hosting a group. Things like lodging, utilities, offerings, transportation and insurance are all part of this. But these are the easy expenses. Every church or group expects to pay these and generally does not struggle with them.

Problems arise however when we get to leadership. Churches and groups that want to design ministry on the cheap do not believe they should have to pay for professional leadership.

I’ve been told by group leaders many times that they believe paying for on site field leadership is bad stewardship. I’ve also been told that those of us on the field have been gifted specifically by God to live with less. The implication being that while we might deserve more, we should be content with whatever we get.

I believe the future of long-term Great Commission work hinges on this... Unless we can insure that on-field host receivers are fairly compensated and their families adequately cared for financially, we will see a steady downward trend in people following a call to serve overseas.

So, what should we do? That will be the topic of the third and final part of this series.
Posted by Dave Miller at 10:00 AM