Avoiding Self Absorbed Short-Term Mission... why you shouldn't just paint the fence! 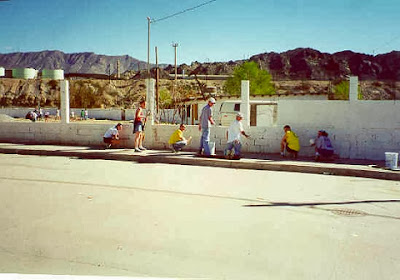 Imagine you are sitting in your church one day thinking about ministry when you hear some noise going on outside.  Getting up from your chair, you decide to head out and have a look.

As you come around the corner of the building, that’s when you see them, 12 smiling faces of kids, many of them with paint on their clothes out in front of your church facility.  But it isn’t the fact that they are there that surprises you.  What really catches you off guard is what they are doing.

As you struggle to maintain your composure, you ask the leader for a moment to talk. When he comes over you ask him what exactly his group of kids are doing.  He explains that they are a mission team from another part of the country and that they have been teaching the kids to think about random acts of kindness and how they can be serve people in the name of Christ.

One of the ideas the kids came up with after driving around the city was to come to your church and paint your fence, because it “looked like it needed some work.”  And so here they were, just trying to bless you as the pastor and your congregation.

Like many pastors, you were stunned.  How could a group of people from another city, presume to know how they could serve you and your congregation without ever having had a conversation with anyone in your church?  As you shared your struggle with the leaders of the group, they were unable to understand.  As they explained to you, they were just trying to serve you, believed God had led them to your church, and were only trying to be a blessing.

Sound far fetched?  Maybe, if you live here in the United States.  But every year thousands of people leave the US on mission trips to every corner of the globe convinced that they know best what the local church over there needs, and involving themselves in mission work just like this.

How does this type of self absorbed mission happen?  I am convinced there are three main factors that are contributing to this dilemma.

Incredibly, it is very hard for many of us to believe that people in another country might know more about God, the Bible, Christianity, or even evangelism within their culture than we do.  I recently sat down with a few 20 somethings to talk about mission in Oaxaca.  They were convinced that they could open a training institute in that diverse area to teach pastors how to reach into indigenous villages and evangelize people and plant churches.

These well intentioned young people had never lived in the area, spoke little or no Spanish, did not speak any of the indigenous languages and understood nothing of the local culture.  Yet they were ready to get on a plane, head out to a few local villages and begin to teach locals everything they needed to know about church planting.  When I pushed them, they responded that “biblical values” would trump any cultural differences.  I could almost hear David Livermore screaming “No!” in his widely read book, Serving with Eyes Wide Open.

Like the kids above who were painting the fence, the group that wanted to serve in Oaxaca was simply assuming that they knew best what the local church needed.  It was if they believed the local leaders and pastors were just sitting around doing nothing because they did not know how to reach their people.

You see, this group of young people had the idea that if they did not get to Oaxaca and teach those local leaders, they would never know how to evangelize their unreached brethren.

Their belief in the importance of their upcoming mission was rooted in an arrogance that discounted the already ongoing work of thousands of Oaxacan Christians in sharing the Gospel under intensely difficult conditions.  Everyday Oaxacan leaders were praying for and sharing Jesus in villages across the state.  A belief that only we, as Americans know the best way to reach people for Christ is, simply stated, rooted in missiological arrogance that gets it’s expression from American Exceptionalism.

Following closely on the heels of arrogance is money.  Perhaps nothing impacts current mission work and leads to the types of problems I presented above more than money. 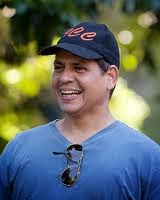 Robert Guerrero, the Church Planting Catalyst for City to City in New York City and formerly of The Red del Camino in Latin America has worked extensively with short-term teams in his church planting ministry in the Dominican Republic.  Guerrero says that one of the most important things leaders of short-term mission teams can do is visit the field and their perspective mission partner well ahead of time.

It is this visit that gives the potential goer guest a chance to see the mission, envision what his or her team will be doing, establish a communication link and relationship with the field missionary and hear how the short term team can best serve the local mission.

With his type of personal connection, and the first hand knowledge of the mission that comes with it, it is hard to imagine a scenario where a team shows up unannounced and starts working on your facility.

Unfortunately many leaders and churches, struggling to make ends meet in an era of declining budgets, frequently eschew this vital step.  It is a penny wise and pound foolish decision.

Last spring a local church here in Las Vegas where I have my office, contacted me about sending a team to support our ministry in Oaxaca.  After a few telephone calls and a couple of face to face meetings, I suggested they come and visit our ministry in Oaxaca so they could get a real personal feel for what I was telling them.

We had a great few days last August as I was able to show them first hand how their church could get involved.  They met our partners, and perhaps most important, saw first hand what their church members could do to support the Missio Dei where we were serving.

Did it cost money?  Yes it did.  Was it worth it?  Of course, unless you believe that showing up at a strangers church and painting their fence is good mission.

The bottom line is this... good mission costs money and there are no short cuts, and that includes the final factor that leads to inefficient self absorbed mission.

Perhaps more than anything else, lack of training, for both leaders and participants, leads to sub par, self absorbed missions.  That’s because the attitudes that lead to missional arrogance and a desire to do mission on the cheap have their basis in a lack of effective training.

An effective training program that crosses all phases of your mission, from pre-field orientation to post-field debriefing will catch many potential mission errors long before they become on field disasters.

When you are guided in your training and preparation by a person knowledgeable in where you will be serving and the pitfalls of short-term mission, your effectiveness in mission increases exponentially.

Effective training makes sure that participants are culturally prepared, understand the needs of the field, know that partnership is important and provide a strong biblical foundation upon which to base your mission.

Just the other day I received a telephone call from John, a Youth Pastor in the Pacific Northwest.  When he was younger, he served on numerous teams with me in Mexico. Clearly he had an idea about what he wanted his group of students to do, but then as he was sharing those ideas, he stopped.  He stopped because he wanted to share something else.  He wanted to make sure that I knew he really wanted his group to serve us, and our mission.

John grew up in a program that had been prepared for short-term mission by a first class training organization, DELTA Ministries.  His youth pastor when he was young believed in preparing his students and modeled the value of a relationship with the field through frequent non mission visits to the field and conversations with his missionary partners.

This type of experience only comes from good preparation and training.  But here’s the rub... good training costs money and unfortunately, if a group or team is looking to cut expenses, professional training and preparation is often the first to go.

The story I shared above is 100% true.  I was sitting in a church I had served for many years in Northern Mexico when a group of kids and their leaders from a major US Mission agency showed up and started painting.  When I heard them I went outside and asked their leaders what they were doing and if they had asked permission or had talked to anyone at the church.

They were stunned that I would even question them.  After all, they were missionaries serving God in Mexico.  Arrogance.

They were unhappy when I asked them why they had done no prep on the fence they were now painting and they said each team had a budget for these projects around the city.  Money.

And when I asked them if they were aware that they were using the wrong type of paint for the job, they explained that they just figured any white paint would work.  Lack of training.

Missions work, particularly across cultures, is hard.  It requires, in spite of what many articles and short term mission advocates may tell you, lots of time, money and preparation to get it right.

It also requires a relationship with local leaders, pastors and missionaries on the field. Almost every problem a short-term team might encounter in the field could be alleviated if only they were working alongside someone who knew the ins and outs of the culture and area where they were serving.

But this perspective comes from taking a long view of ministry and a willingness to invest mightily for effective mission.

haha... of course they would have the wrong paint. This post had me thinking a lot of different thoughts, but what if instead of driving around the city and painting fences, they drove around the city and asked how they could pray for different churches or people or places? What would you think about that?

Alex, I would love that, especially if they prayed right then with people after listening to the needs of the people.

I think people praying also need to know how to pray for folks and that, at least IMO has to come from listening, a rare commodity for many short term missions.

It was something I had to learn because in listening, really listening, you'll usually hear things you don't want to hear.

For me it was how often I screwed up in those early years...

Brilliant post. In our rush to be kind, we forget how to be empathetic. Hopefully this kind of education will make do-gooders more conscious about the opportunities they have in actual conservation and relationship building. Anything else is as superficial as that thin layer of paint.